In this article, we'll review the best combat/tactical knives for 2021, including our top 8 picks to help you get started. 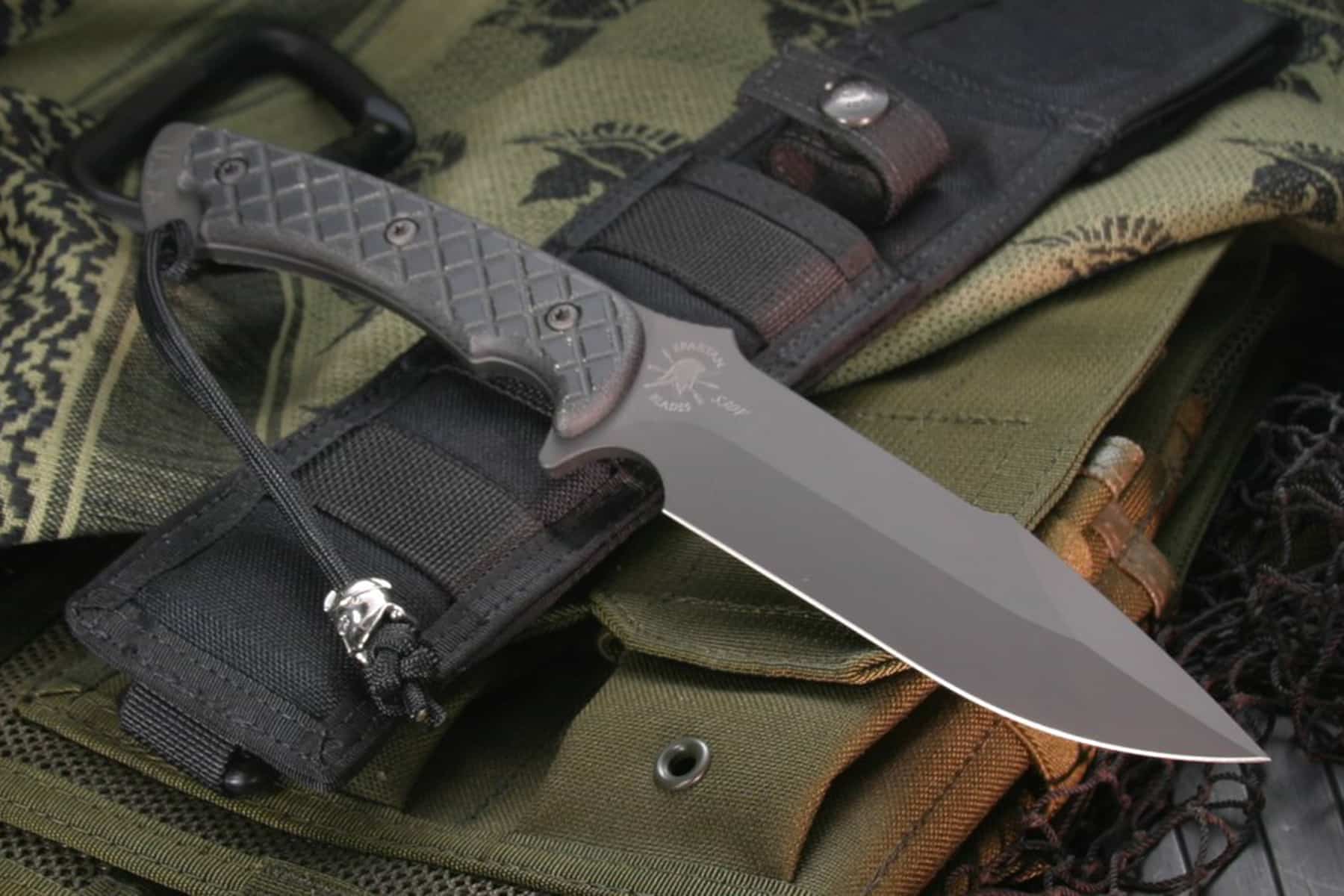 OUR EDITORS INDEPENDENTLY RESEARCH, SELECT, AND RECOMMEND THE BEST PRODUCTS FOR REVIEW. AT TIMES (AND AT NO EXTRA COST TO YOU), WE MAY RECEIVE COMMISSIONS ON PURCHASES MADE THROUGH OUR CHOSEN LINKS. WE WILL ONLY EVER PROMOTE THE PRODUCTS AND SERVICES THAT WE TRUST AND 100% RECOMMEND. YOU MAY READ OUR FULL AFFILIATE DISCLOSURE POLICY FOR MORE INFORMATION.

Whether you’re looking for a knife for self-defence, practicing martial arts or just to own a cool knife, the tactical combat knives are some of the best knives on the market. The best combat knives are extremely reliable with fixed blades that retain their edge and are built with a nearly indestructible handle with textured grips for better control. When you’re shopping for tactical combat knives, you’ll notice that there are thousands of knives that you could choose from as your weapon. However, many knives are poorly built, and they aren’t reliable once the blades experience stress. While many knives may come at a lower price point, they may be built poorly and will break down over time, meaning you’ll need to find another combat knife.

The Best Combat/Tactical Knives for 2022

Here are the Best Combat/Tactical Knives for 2022

If you’re like most people, you don’t want a tactical knife that has a lot of moving parts that can break. Instead, you’ll want to go for a simple tactical knife with a fixed blade so you can use your knife at any time. If you’re looking for one of the best tactical combat knives, you’ll want to look at the Gerber Strongarm Fixed Blade Tactical Knife. The Gerber Strongarm Knife features a 420HC full tang steel blade with a fine blade that can become razor sharp. The blade measures 4.8”, with the overall length of the knife being 9.8” in size. This knife comes with a ceramic covered coating and a textured rubber handle for better grip. This tactical knife comes with four methods for mounting and carrying the knife and can be mounted on MOLLE, on your belt or thigh. One of the things we love about this knife is that the butt end comes with a pointed end, which can be used for striking or breaking through glass.

You’ll find that tactical gear is quite expensive; however, this doesn’t have to be the case. If you’re looking for a simple combat knife that you can carry with you throughout the day, you may want to look at the Cold Steel SRK Survival Rescue Knife. The SRK Tactical Knife is the standard issue knife for the Navy SEALs B.U.D.S training program and is relied on by many military groups and special forces. The blade on the SRK Knife is made from SK-5 Japanese Steel, which is known for its toughness and the ability to retain its edge and sharpness under extreme conditions. The blade’s length is 5-inches, with the overall size of the knife being 9.5-inches in length. It also comes with a hard sheath, which can be used to safely carry the knife on your gear, your belt or as a concealed carry weapon.

If you’re looking for a tactical combat knife with a longer blade, you may want to look at the SOG SEAL Team Elite Survival Knife. This combat knife comes with a 4.9-inch blade, made from AUS-8 Steel with a serrated edge and the overall size of the knife being 9.6-inches in length. This survival knife comes with a glass-reinforced nylon handle, which is virtually unbreakable, making it a durable and reliable combat knife. The handle comes with a GRN texture, making it easy to grip without having to worry about the knife slipping in your hand. The SOG SEAL Team Elite Survival knife comes with a deluxe hard-molded nylon sheath, which includes a line cutter, ferrochromium fire starter, and sharpener.

When you’re in survival mode, you’ll want a knife that you can rely on without having to worry about it breaking on you. If you’re looking for a reliable tactical knife, you’ll want to check out the Gerber LMF II Survival Knife. This Gerber survival knife was originally designed to free airmen from their falling aircraft before they crashed or got burnt alive, and the knife is even able to cut through an airplane’s fuselage. The blade on the LMF II is made from 420HC stainless steel, with the blade measuring 4.8-inches and the entire knife measuring 10.5-inches in length. The handle of the knife is made from glass-filled nylon, making the handle virtually impossible to destroy. The handle also comes with a flare on the end of the handle to prevent your hand from slipping, and the tip of the handle has a pointed metal tip so you can break through glass. This tactical survival knife comes with a lifetime warranty from Gerber.

One of the Best Skeletonized Combat Knives.

If you’re a minimalist, you may want to go for a skeletonized knife because there are fewer moving parts and less chance of your knife breaking when you need it. One of the best skeletonized blades is the Benchmade Fixed Drop Point Combat Knife. This tactical combat knife is designed with a D2 steel blade, which is strong, durable and retains its edge after being used. The blade measures 4.2-inches, with the overall knife measuring about 9-inches in length. This tactical knife comes with a hard holster sheath, which allows you to mount the knife of your MOLLE, your belt, thigh strap or inside your tactical boots. The handle is straight steel, but you braid a paracord through the knife’s handle, so there are better comfort and more grip for control.

One of the old school knives used in the Vietnam era is the Gerber Mark II Fixed Tactical Knife. The Mark II fixed knife is one of the best selling knives of all time because of it’s multi-purpose design, which can serve as a tactical combat knife, a survival knife or even a hunting knife. The Mark II comes with a 6.5-inch blade made from 420HC steel, with the overall length of the knife measuring at 12.75-inches. The blade comes with a sharp edge and a double serrated design, making it a deadly weapon. The handle on the Mark II is designed from dye-cast aluminum and moulded for a comfortable grip. The handle also comes with finger guards that protect your hand while you’re holding the knife. The Mark II is coated with an oxide coating, which prevents the blade from rusting while making it stealthy and non-reflective. The Gerber Mark II also comes with a nylon sheath that can easily be mounted to your belt, your MOLLE, your thigh strap or even the inside of your tactical boots.

An Iconic Combat Knife Used by the Marine Corps.

When you think of tactical knives, you’ll likely think of the iconic knife used by the Marine Corps called the Ka-Bar Marine Corps Fighting Knife. The Ka-Bar fighting knife was designed during World War 2 and became the standard issue knife for the Marine Corps and has gained popularity ever since. In the modern-day, this knife is still a favorite by many Marines and the choice of many men and women that serve in the military. The Ka-Bar Fighting knife comes with a 7-inch, straight-edge blade that’s made from carbon steel. The handle is made with a stacked leather design, making it easy for you to hold this knife while you’re using it. The handle also comes with finger guards and a solid butt end that can be used to break windows. The Ka-Bar Marine Corps Fighting Knife is designed to fit in its leather sheath, which keeps the knife safe from cutting you while you’re carrying it. This sheath can be attached to your belt, your MOLLE, leg strap, or even inside your tactical boots.

If your goal is to be stealthy, you’ll want weapons that can be concealed and pulled out at any moment. One of the best concealable combat knives is the Kershaw Secret Agent Concealable Boot Knife. This tactical combat knife is made from high carbon stainless steel and has a blade that measures about 5-inches in length, with the entire knife being about 8.5-inches in length. The blade of this knife is coated in a black oxide, which prevents the knife from rusting, and it also prevents the knife from reflecting light, making it easier to conceal. The handle is made from a synthetic polymer and textured rubber, making it easy to grip and control while using. The Kershaw Secret Agent Concealed Boot Knife also comes with a hard sheath that houses the knife to safely carry this knife without injuring yourself. The hard sheath can be attached to your belt, leg strap, backpack or even inside of your boot.

We hope that this review has helped you find the best combat knife for your needs. If you’re new to owning a combat knife, we’ll try to help you understand what you should look for when you’re picking a tactical knife. First off, you’ll want to choose a combat knife that is the right length for your needs. If you’re trying to conceal carry your tactical knife, you’ll want a shorter blade so that you can easily hide the knife. However, if you’re going to be using the knife regularly, you may want a knife that’s a bit longer since it’ll be easier to use. You’ll also want to consider the material that’s being used for your blade. We recommend using hardened steel since the blade will hold up longer, and you won’t need to resharpen your tactical knife after several uses. If you’re sharpening your knife too often, it can wear down your knife, which means that your knife will become weaker over time.

As you’re choosing a knife, you’ll also want to consider the small features that make the knife easier to use. The little things matter when it comes to knives, and you’ll likely want other features such as comfortable grips with texture, double-sided blades, finger guards, handle flares and holes so you can attach a paracord to your knife and attach the rope to your wrist. We also recommend choosing a knife that comes with a sheath or another method for safely carrying the knife. Ideally, you’ll want a sheath that can be attached to your backpack, your MOLLE, belt, thigh strap or even the inside of your tactical boots.

When you’re choosing the best tactical knives, we recommend setting a budget for your purchase. If you’ve been shopping for tactical gear, you’ll notice that some gear can be expensive, and we want you to find the best knife within your budget. A budget will also help you quickly find the best knife for your needs by eliminating all the knives outside your price range, making it easier for you to decide on the right combat knife for your lifestyle.

Burbro provides readers with informational content about a wide array of topics, ranging from product reviews to how-to articles. 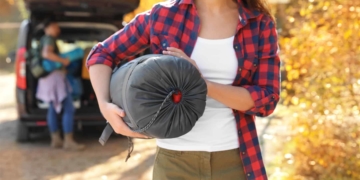 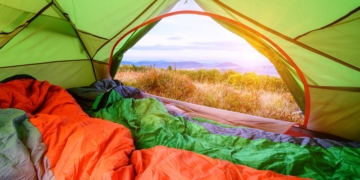 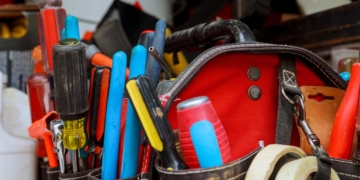 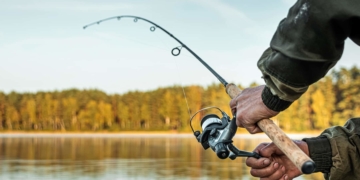 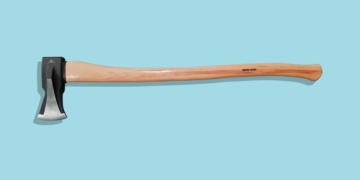 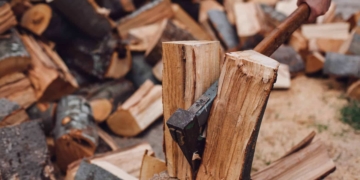 How to Revive and Repair Dead Grass in 2022

What are the Best Types of Wood for an Office Desk?